Arcona 370: A quality offshore cruiser that eats up the miles

It can be a leap of faith to become the first person in the country to buy a particular type of boat.

If, however, you have faith in the company behind the boat, the people you’re going to be dealing with and, of course, in the boat itself, is there any
reason to hold back?

Back in 2003, Kathy Claydon didn’t think there was. 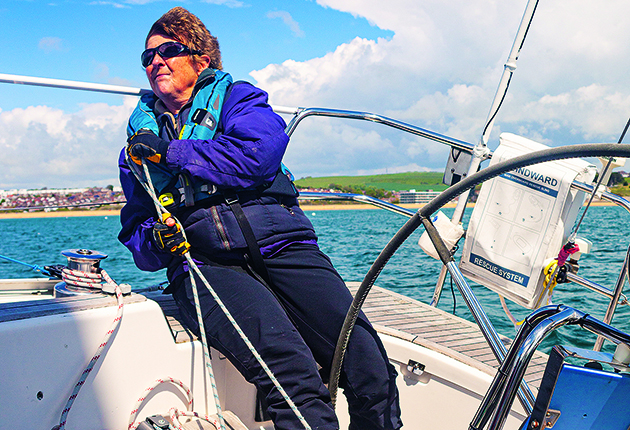 Kathy Claydon started sailing in dinghies before moving on to offshore yachts. She’s an Ocean Yachtmaster and has logged thousands of racing and cruising miles in the last 40 years. Credit: David Harding

The boat she had in her sights was the Arcona 370, then the newest model in a Swedish range that few people in the UK had heard of.

Since then, Arcona has become an established and highly respected name among British sailors, helping to maintain the reputation of Swedish yachts in general for combining good performance with soundly engineered construction and an exceptionally high level of interior finish.

The fact that Arcona’s smaller models are built on an Estonian island (albeit one with a Swedish history) had no significant bearing on the way the boats were perceived in the early days – and nor should it.

Other Scandinavian yards have also taken advantage of the boatbuilding skills offered by some of the islands in the Baltic. 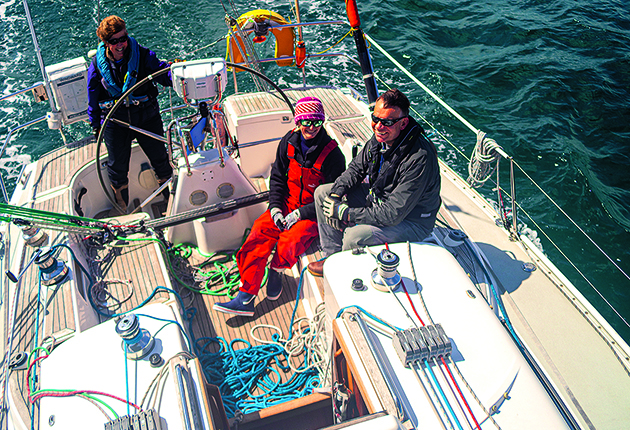 Arcona’s HQ was (and still is) in Gustavsberg, near Stockholm, where the Estonian-built boats are completed before being shipped or commissioned.

Kathy’s only problem at the time was that there were no 370s in the UK.

She had sailed the 400 owned by the then UK distributor, Tony Bottomley, liked it and had faith in the construction, but a trip to Sweden was needed for her to see a 370 in the flesh, to visit the yard and to meet the builders.

Arcona buyers have often come from older cruiser/racers, such as Contessas, S&Ss, Sigmas, Hustlers, Sadlers, Starlights, Westerly Fulmars and so on – offshore passage-makers that are capable of covering the ground swiftly while looking after the crew.

Although the Contessa 32 that Kathy had co-owned since 1996 was reasonably swift for its size and age, it simply didn’t have the speed to match the newer, bigger boats that made up the bulk of the RORC and JOG fleets, and Kathy had become fed up with missing the prize-giving after a race. 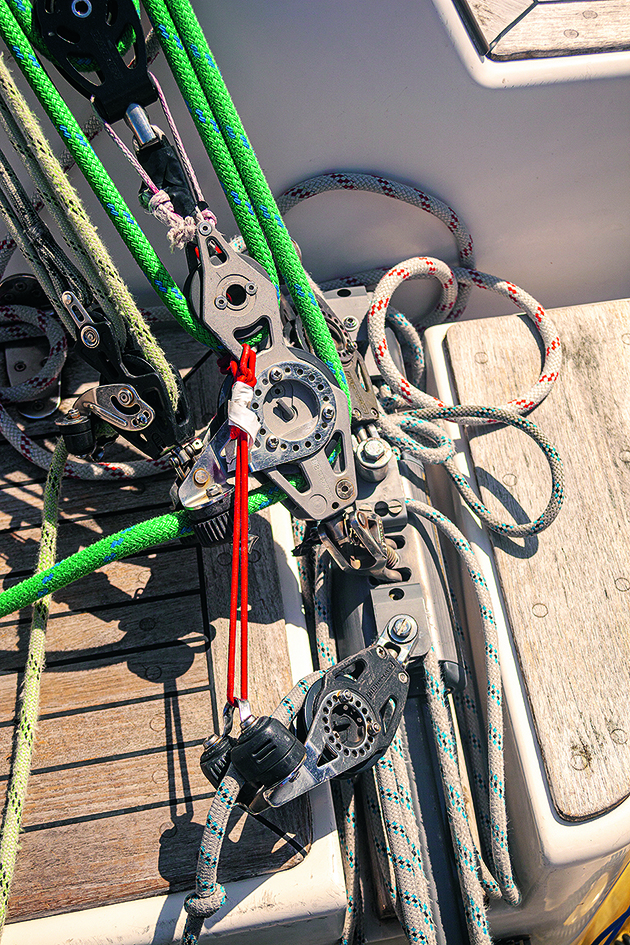 A modified arrangement of blocks on the mainsheet traveller allows for easier control from the helm or elsewhere. Credit: David Harding

She did a lot of JOG and RORC racing, and the final straw was when she arrived in Plymouth at the end of the 2003 Fastnet to find the silverware cleared away and everyone gone home.

She didn’t know it at the time, but she had won the two-handed class and finished 43rd overall in an IRC fleet of 250 boats.

For someone in Kathy’s position, finding a suitable boat to move up to can present a challenge.

She looked around, and sailed some that looked promising only to find that they slammed horribly upwind. She wasn’t prepared to trade more speed for an uncomfortable ride.

Then, via JOG, she caught wind of the Arconas.

They seemed to offer the qualities she was looking for and the Arcona 370 was the right size. 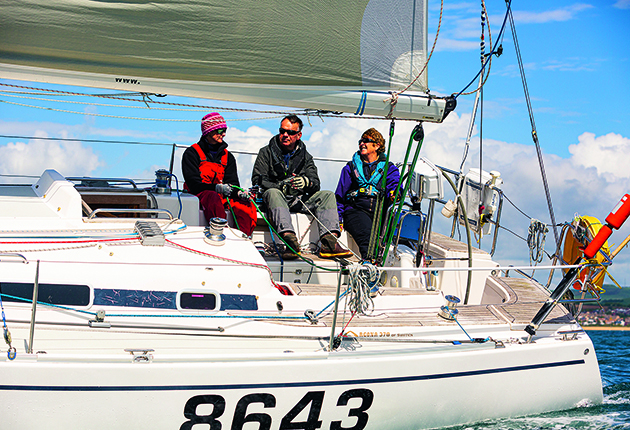 The cockpit coamings are comfortably shaped and angled for the helmsman and crew to sit to windward. Credit: David Harding

I first sailed with Kathy on Arcsine (what other name could you choose as a former maths teacher who has just bought an Arcona?) in the autumn of 2006.

In those days the boat was based in the Solent because Kathy was running RYA courses and taking clients out on RORC and JOG races, local regattas and corporate team-building days.

Since she had already completed the 2005 Fastnet and put over 12,000 miles on the log, I had expected the boat to be showing a few signs of wear around the edges. 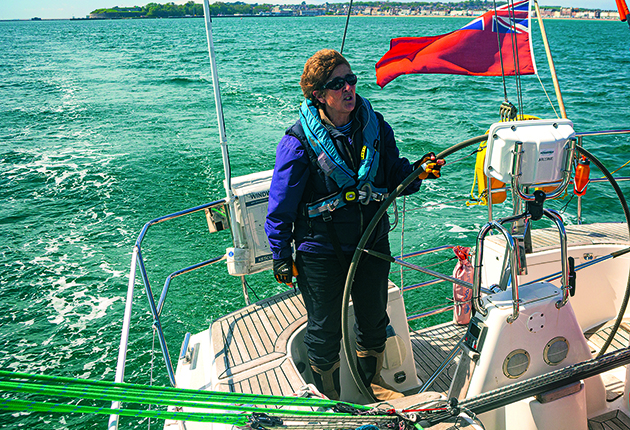 After 17 years with her Arcona 370, Kathy Claydon has everything pretty well as she wants it. Credit: David Harding

In the event, I was pleasantly surprised to find Arcsine looking remarkably new and fresh both above decks and below.

A quick look in the cabin confirmed that the Arcona 370 was built in a way that I considered a proper hand-crafted boat should be built.

There were no interior mouldings except in the heads. The joinery was in mahogany which, though not so fashionable now, stands up to abuse better than most timbers.

There were locker units each side in the saloon which extended to the underside of the deckhead, and the bulkheads were bonded directly to the hull and deck.

Everything I saw on the Arcona 370 pointed to a boat that was built to last and to stay looking good.

That includes Arcona’s internal galvanised steel frame, bolted to the stringers and the main bulkhead, which stiffens the hull and takes the loads from the rig and keel.

As you would imagine, the keel is bolted through the frame.

One Arcona 370 was reported to have hit a rock in the Stockholm archipelago at 8.5 knots. 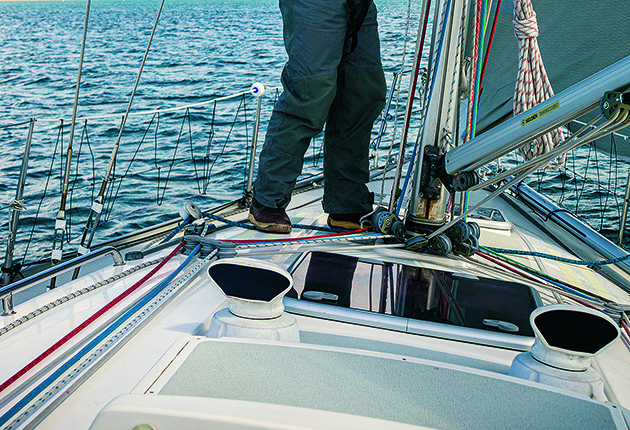 The owner was airlifted to hospital but the boat was back in the water a couple of days later after a minor repair to the hull abaft the keel.

Lead keels, apart from being hydrodynamically superior to iron by virtue of their density, are also more forgiving when you hit something.

A frame like this should allow high rig tensions to be applied with no distortion to the hull.

Tony Bottomley had previously owned a 35ft one-design from a big European builder and said it went distinctly bendy because of the rig loads.

Maintaining adequate rig tension is fundamental when it comes to performance, and Arcona has always taken performance seriously. 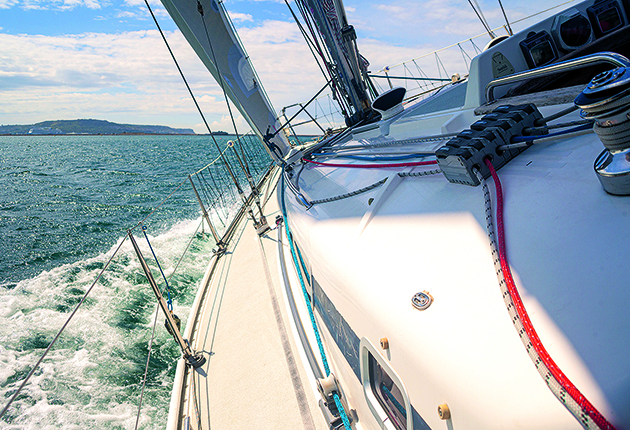 Minimal-overlap headsails provide plenty of power in most conditions but inboard rigging allows genoas to be used. Credit: David Harding

All the designs have been drawn by the late Stefan Qviberg, a talented designer who worked almost exclusively for Arcona and whose objectives were to create boats that were fast, attractive and fun to sail.

They also happened to be competitive under IRC in the right hands, though they were too stable to rate well under rating systems that penalised stability.

Qviberg certainly pulled it off with the Arcona 370.

As soon as I took the helm of Arcsine on my first sail with Kathy I felt very much at home.

The boat set off on a beam reach in 10 knots of wind at just under 7 knots, feeling lithe and eager to go yet not remotely skittish. 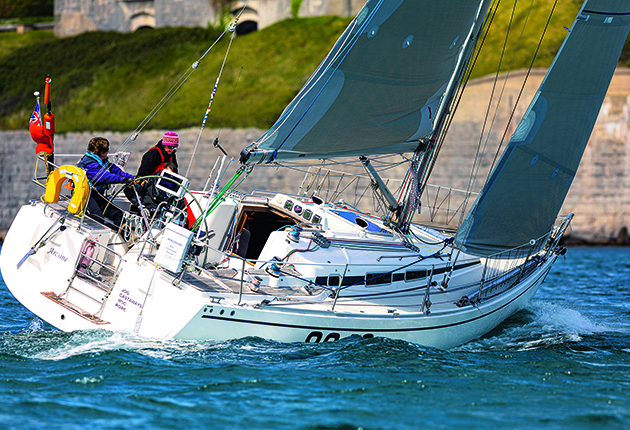 Hardening up on to a breeze that nudged 15 knots on occasions we consistently clocked speeds in the high 6s, de-powering the mainsail as necessary to maintain a comfortable angle of heel.

Unlike many modern equivalents, the Arcona 370 has a single wheel rather than twins.

Nonetheless, with the cut-out in the cockpit sole and a transom that’s only moderately wide by today’s standards, it’s comfortably reached by the helmsmen from the coamings.

I liked the light yet positive feel and the high gearing that gives a single turn from lock to lock.

So often, one finds tortuously low gearing partly because cruising owners are prone to over-steering: the high gearing on the Arcona suggests that she’s aimed at helmsmen who know how to sail. 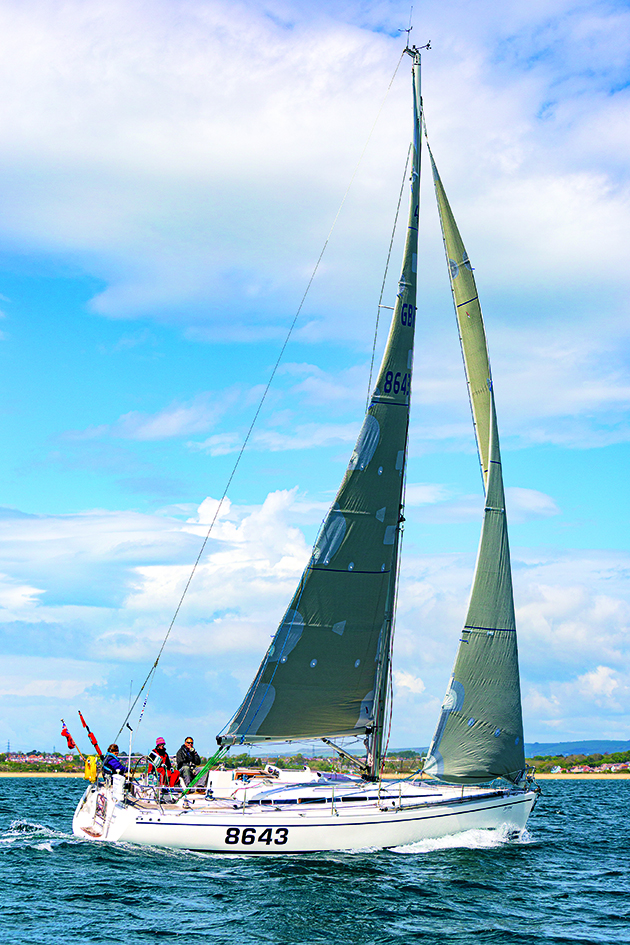 The Arcona 370 was the second yacht launched as part of Arcona’s new generation of boats. Credit: David Harding

Despite having been impressed in 2006, I couldn’t help wondering whether, 15 years on and having sailed dozens of newer boats in the meantime, I would still find the Arcona 370 to measure up as she had before.

I needn’t have worried, because when I headed out into Weymouth Bay on Arcsine earlier this year the boat felt exactly the same.

Kathy now sails from Weymouth, where she’s based, because she no longer operates commercially.

She races as keenly as ever and won the two-handed class in last year’s inaugural Lonely Rock race.

Since our first sail she has raced tens of thousands of miles (taking in four more Fastnets) in events that have taken her as far as Cascais. 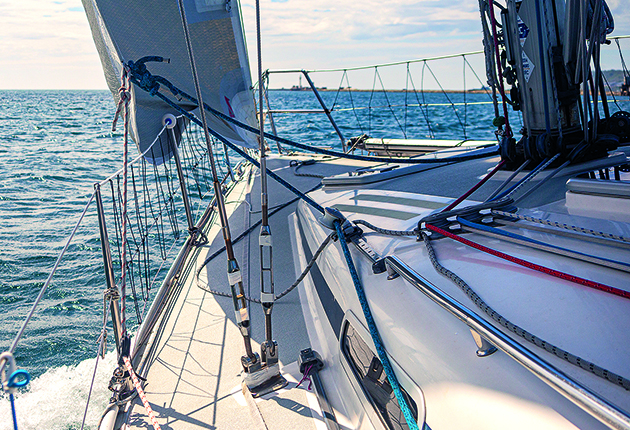 With high-aspect ratio headsails, a barber-hauler is essential on a…

Read More:Arcona 370: A quality offshore cruiser that eats up the miles – Yachting Monthly