At the recent Cannes Yachting Festival, MBY deputy editor Jack Haines took the chance to tour the Grand Banks GB54, which was making its global debut.

The builders of Grand Banks yachts have not generally been known for their love of change. Innovation, you feel, was a word seldom uttered in the boardroom, and unless you get up close, it can be pretty hard to tell a Sixties model from one made in the Noughties.

But Grand Banks boats have always had a strong appeal to those with an eye for a traditionally handsome boat, and you mess with a fanbase like that at your peril.

So since acquiring the marque in 2014, the shipyard’s new Australian owners have been careful to keep the classic look, inside and out, while investing the new models with excellent, modern hull designs typified by a fine, seakindly entry flattening smoothly as it runs aft for plenty of lift.

With twin Volvo D11s driving conventional straight propeller shafts, this new Grand Banks GB54 is a fuel-efficient 33-knot boat with a range, according to the shipyard, of 470 nautical miles at 22 knots.

In true Grand Banks tradition, no attempt has been made to cram in too much – the accommodation spaces on both the main and lower decks are roomy and pretty light, considering the amount of teak in evidence.

If you want three cabins – guests amidships and the owner’s cabin in the bows – the galley goes up on the main deck, opposite the helm. 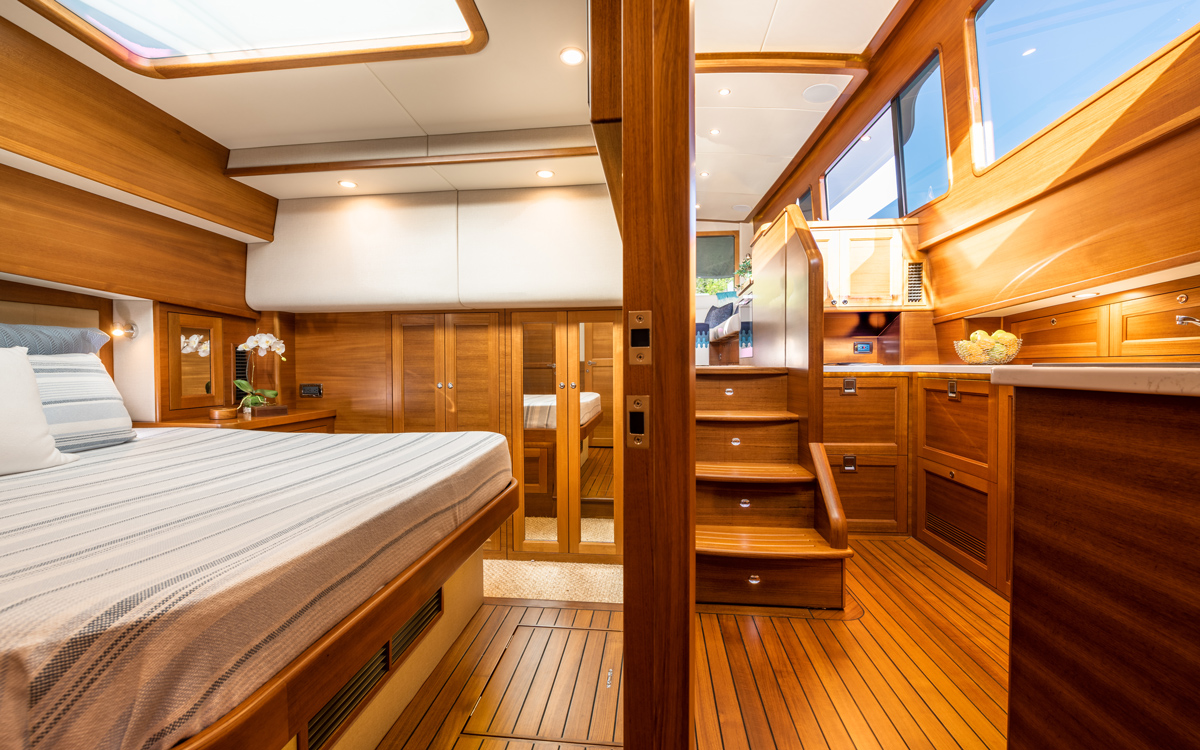 The two-cabin version gives you two big, comfortable doubles with the galley at the foot of the companionway on the port side, and more seats and space up in the saloon.

The long flybridge, meanwhile, has compact and secure seating beneath the hardtop, and a crane with space for tender stowage aft.

It really does look just like an old Grand Banks – but it will get you where you’re going several hours sooner.