The town council has indicated support in raising mooring fees for the first time in a decade, The Jamestown Press reported Dec. 3, 1998.

The straw poll was taken during a workshop with the harbor commission. Don Armington, chairman of the waterfront board, suggested a 10 percent increase to ease his board’s budget crunch. Mooring fees comprise roughly half of its revenue.

Fixed fees currently are $50 for residents and $100 for commercial and nonresident vessels.

Voters in Rhode Island will be asked to decide on a bond that includes $2.5 million to build a bridge connecting Providence and East Providence.

Legislators in Newport County, however, say they also need money to improve transportation. They say the state also should be called upon to purchase a ferryboat that would connect cities and towns on Narragansett Bay, which would improve an important line of travel for the entire state. The people of Jamestown have an equal, if not better, right to ask for state aid in maintaining and improving a through line of travel from New York to westward New England via Conanicut, the legislators said.

A sailor was drowned, and seven crew members of the naval tug Lone Wolf leaped to safety, as their vessel sank quickly in 126 feet of water off the Jamestown shore after the hull was ripped open by a propeller.

Divers attached to the naval base in Newport still are trying to raise the body of Joseph Peter Santoro, 18, seaman first class.

The Lone Wolf, with a chief boatswain’s mate in charge, was engaged in warping the tanker Caloosahatchee alongside relief ship Vulcan when the tanker started its starboard engine to aid in the movement. The tug, swinging in under the stern of the tanker, received the impact from the Vulcan’s propeller that spelled its doom.

As water poured into the hole torn in the hull, crew from the Lone Wolf jumped aboard smaller boats that had come alongside to the rescue. The crew members, including Santoro, however, climbed back onto the tug to recover personal belongings. While seven of the eight crew leaped back onto rescue boats, Santoro was trapped below deck. 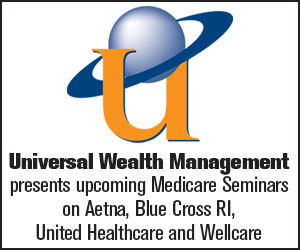 Loss of the Lone Wolf leaves the naval base without a vessel equipped with firefighter equipment. The tug was one of the vessels that helped warp the USS Constellation into the channel in October as the historic frigate was departing Narragansett Bay for Boston.

A car that went through a fence on East Shore Road received more than $300 in damage.

Michael Budrock, who lives on Columbia Avenue in Jamestown, was driving south on the road in a light rain when two approaching cars forced him off the highway. His car went through a fence on the farm of Joseph Dutra, police said.

It took 112 voters 10 minutes to approve a $76,000 warrant that will be used to purchase 2 acres of privately owned land that comprises the fourth and seventh tee boxes of the municipal golf course. The alternative would have been spending more than $100,000 to reconfigure the course, according to Fred Pease, president of the town council.

Census data showing a shift in population is forcing a Rhode Island redistricting panel to seek alternatives to balance out the two congressional districts, including a proposal that would move Jamestown to the 2nd District.

Of the five counties in Rhode Island, Newport County, with a population decrease of 3 percent (2,545 residents), had the biggest change since 2000.