We’ve already seen “flying” powerboats, catamarans and luxury yachts. Now, the ferry has been given wings.

Boundary Layer Technologies has just unveiled a new fully electric ferry with foils that allow it to literally soar across the ocean. Electra, which is fittingly named after the Greek Goddess of the Sea Clouds, promises to be an eco-friendly ruler of the high seas. In fact, the Californian startup says she’s twice as fast as existing electric ferries and can travel double the distance.

That’s all thanks to the company’s proprietary hydrofoil technology and podded propulsion system. In short, the foils lift the ferry up and out of the water to reduce drag by a factor of two, according to CEO Ed Kearney. This means Electra churns through half the energy of her battery-powered peers and thus boasts better performance specs. She can reportedly cover up to 100 nautical miles on a single charge and reach a blistering 40 knots at full tilt. 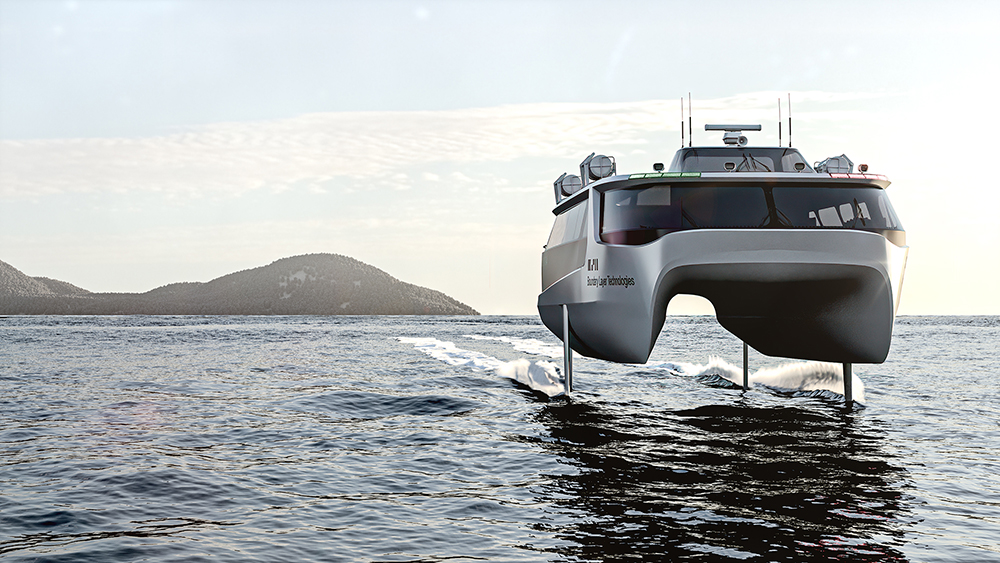 Electra can reach a blistering 40 knots at full tilt.

“This opens the door to the electrification of the majority of ferry routes across the world,” Kearney said in a statement.

Indeed, Electra could service more than 90 percent of commuter ferry routes in the US, as well as a number of far-reaching international sea lanes. Electra will also be fitted with a 9,000 kWh battery pack below deck that can be recharged in as little as three hours.

The 150 passengers onboard will likely enjoy a nice comfortable ride, too. The foiling system minimizes wake and increases overall seakeeping, while the battery-electric propulsion reduces cabin noise by up to 20 decibels compared to conventional ferries. 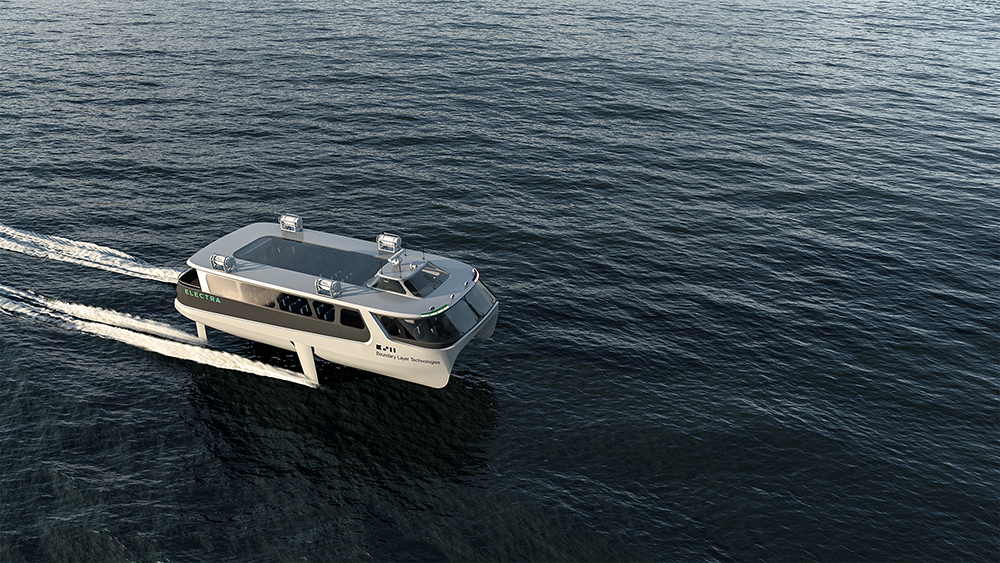 Electra could service more than 90 percent of commuter ferry routes in the US.

Not to mention, the zero-emissions cruiser emits no fumes and could help reduce the industry’s carbon footprint. Patrick Murphy, president of the Blue & Gold Fleet, who is the contract operator of San Francisco’s 15 high-speed ferries, can certainly see the potential.

“We think Electra is an exciting development of ferry technology and shows promise for decarbonizing ferry operations and adding to the customer’s experience” Murphy adds.

Boundary Layer Technologies expects to have the first ferries in operation by the first quarter of 2024 in regions such as the US, Scandinavia and the Mediterranean.

Check out more photos below: 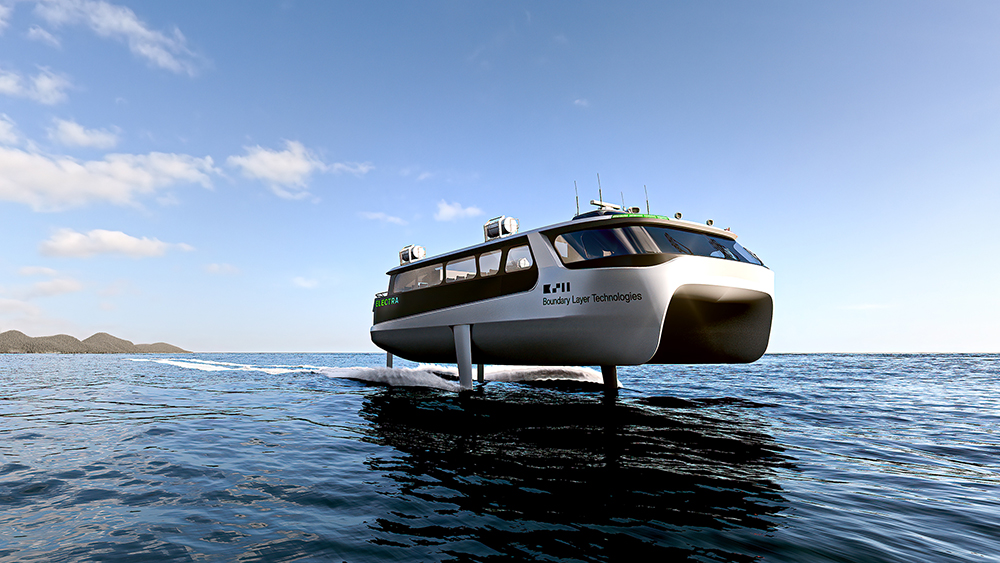 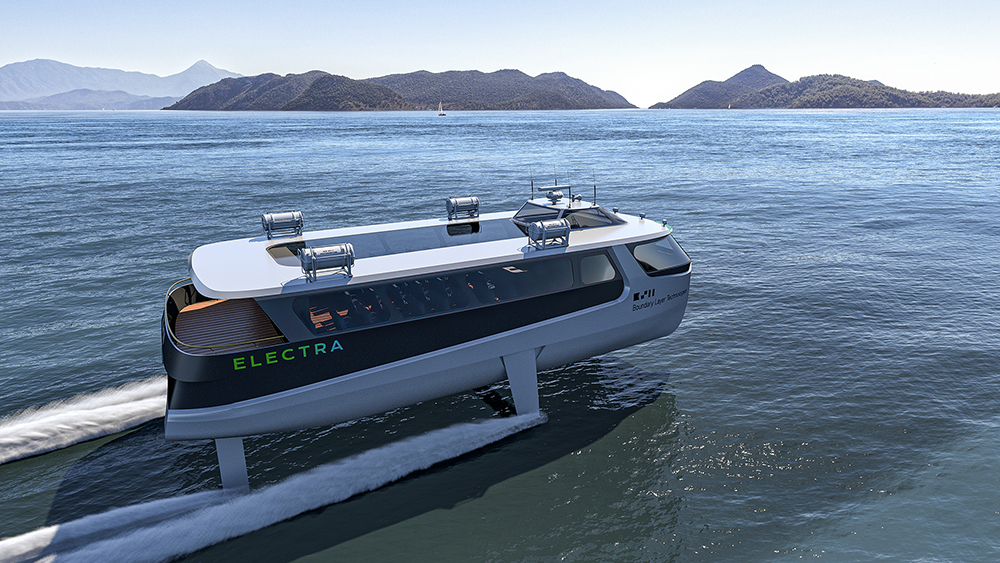 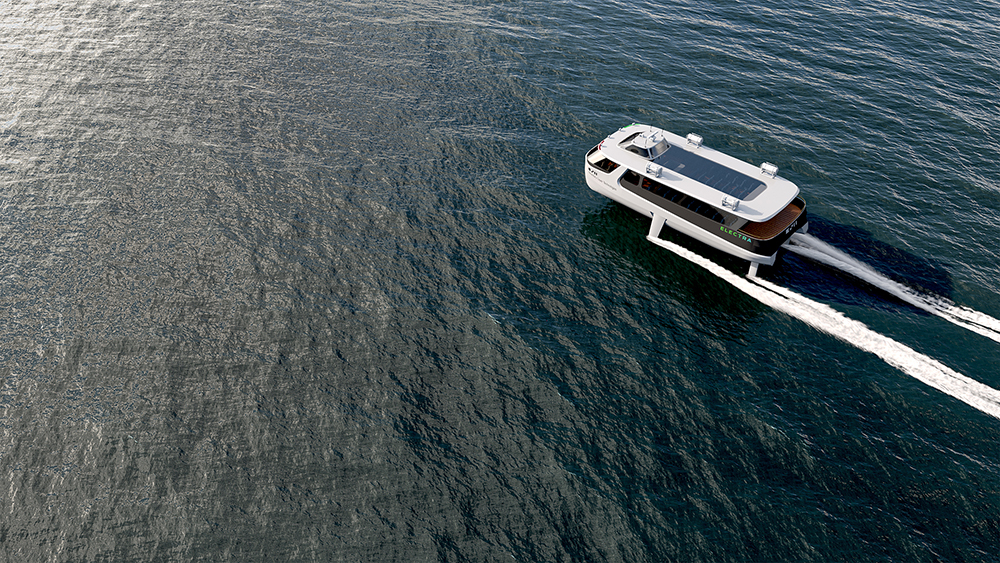