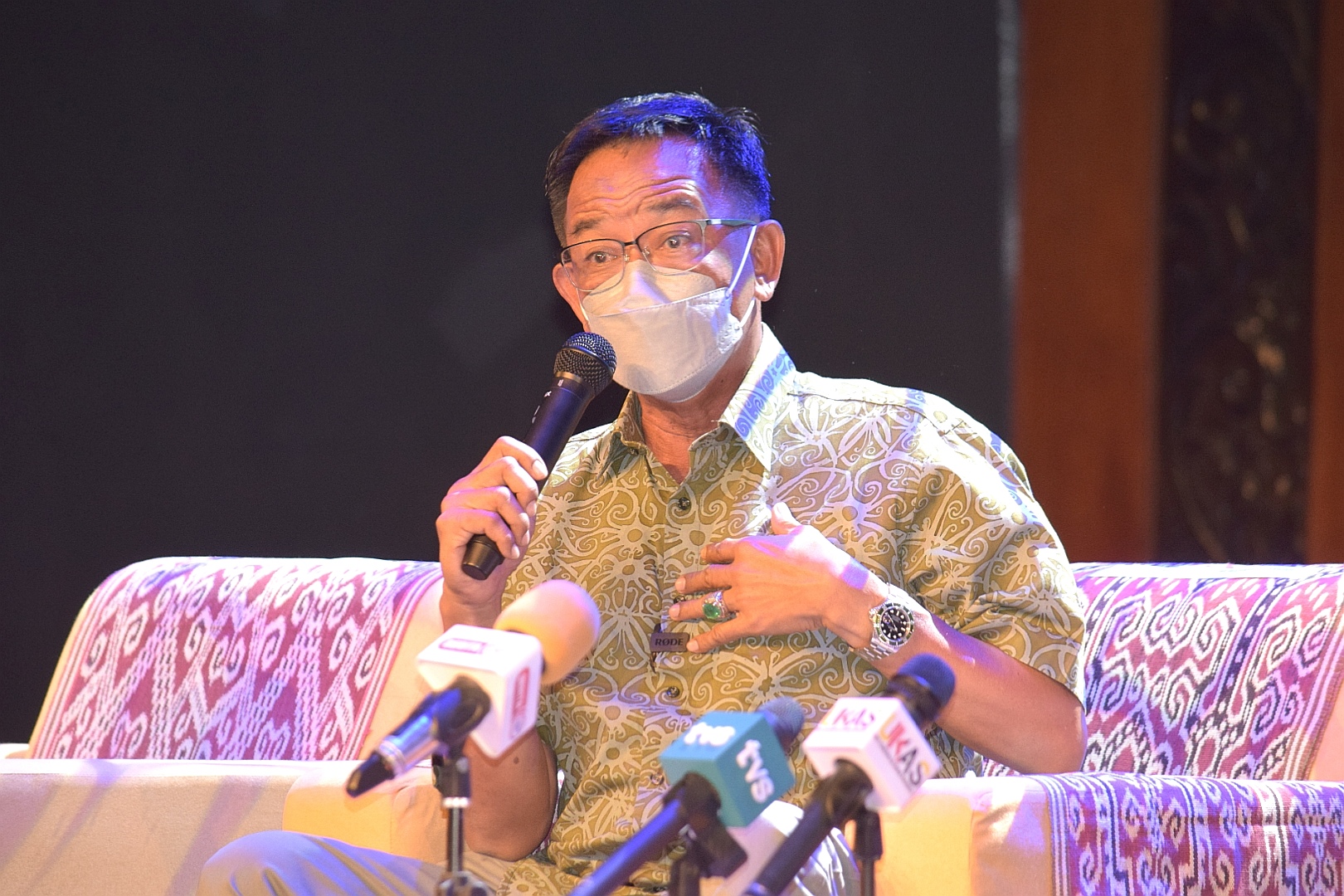 Abdul Karim speaks to the press during his visit to visiting Sarawak Cultural Village. – Photo by Roystein Emmor

KUCHING (Oct 4): Minister of Tourism, Arts and Culture Datuk Abdul Karim Rahman Hamzah has taken aim at the ineffectiveness of the search and rescue (SAR) team set up to look for the 10 anglers who went missing on Saturday.

The minister said the SAR team must be better equipped to handle such incident and revealed that the sole missing victim is actually his cousin.

“We know that Bomba and their SAR team, I think their areas of expertise are more towards the rivers and when it comes to choppy seas, you can’t use those dinghy boats,” Abdul Karim told the press when visiting Sarawak Cultural Village yesterday in conjunction with the announcement on the upgrading and improvement works of the tourist site.

On Saturday, a boat carrying 10 anglers capsized some 21 nautical miles off Pulau Satang Besar, Telaga Air. Nine of the victims have since been found by the local fishermen.

Abdul Karim stressed that there must be close cooperation between the Malaysian Civil Defence Force (APM) and Malaysian Maritime Enforcement Agency (MMEA) to handle the incident, and for the SAR taskforce to be better coordinated.

“Also, it’s quite sad to hear the SAR team had stopped looking for the victims at about 6.30pm yesterday (Oct 2). The weather on that evening was okay and I must ask why there must be a ‘office hours’ for such SAR operation.”

“And somehow the local boatmen were still continuing to scout at the sea looking for the victims and they managed to find nine of them early in the morning today (Oct 3).

“If the local boatmen can find them, why can’t the SAR team locate the victims? Why is the team sleeping while the village folks are out at the sea? Is there a problem with you going out to the sea to look for the victim?” he asked.

According to Abdul Karim, seven of the victims were spotted by the fishermen at sea at about 1am and the Fire and Rescue Department (Bomba) said another two were located around 5am yesterday.

He also questioned why the Sarawak Coast Guard did not participate in the SAR operation.

“I didn’t see the name of Sarawak Coast Guard going out to look for the victims. We spent millions of ringgit on the unit but where are they? We purchased so many boats but are the boats meant to be kept at the jetty? This is the kind of things that become a question mark.

“I know my questioning (of the SAR operation) might not augur well for some people but it’s for you to think whenever there are people in need of help, such as this incident,” he added.

According to Bomba, only the boat’s first mate Awang Omar Awang Hamsawi remains missing and efforts to locate him are ongoing.

MMEA had reported that a SAR team was sent to the boat’s last known location at 12.22pm on Saturday.

As of 3.30pm that day, a command centre was set up at the Telaga Air jetty by the maritime community made up of different agencies.

Also present at the command centre were Bomba, police and APM personnel.