Both will be CE Category B rated for coastal passage-making in a market segment mostly populated with less seaworthy Cat C boats. A prototype of the smaller three-tonne model should be afloat by spring next year.

Much work has gone into developing the hull profile, which is “almost a trimaran, but probably best described as a stabilised monohull”, according to Optima Projects MD David Kendall.

The maximum beam is no wider than most monohulls but with its slender bow and supporting sponsons it makes for a very soft, stable and fuel-efficient ride.

Kendall claims this hull shape could be as much as 50% more efficient than most semi-displacement hulls and should prove more comfortable than most planing forms too, by reducing roll, slamming and structural loading.

Given an 80kWh battery bank, the predicted top speed is around 18 knots but Optima’s main focus is on delivering a meaningful range at slower cruising speeds. It claims 50nm at 10 knots, 100nm at eight knots and 170nm at around six knots. 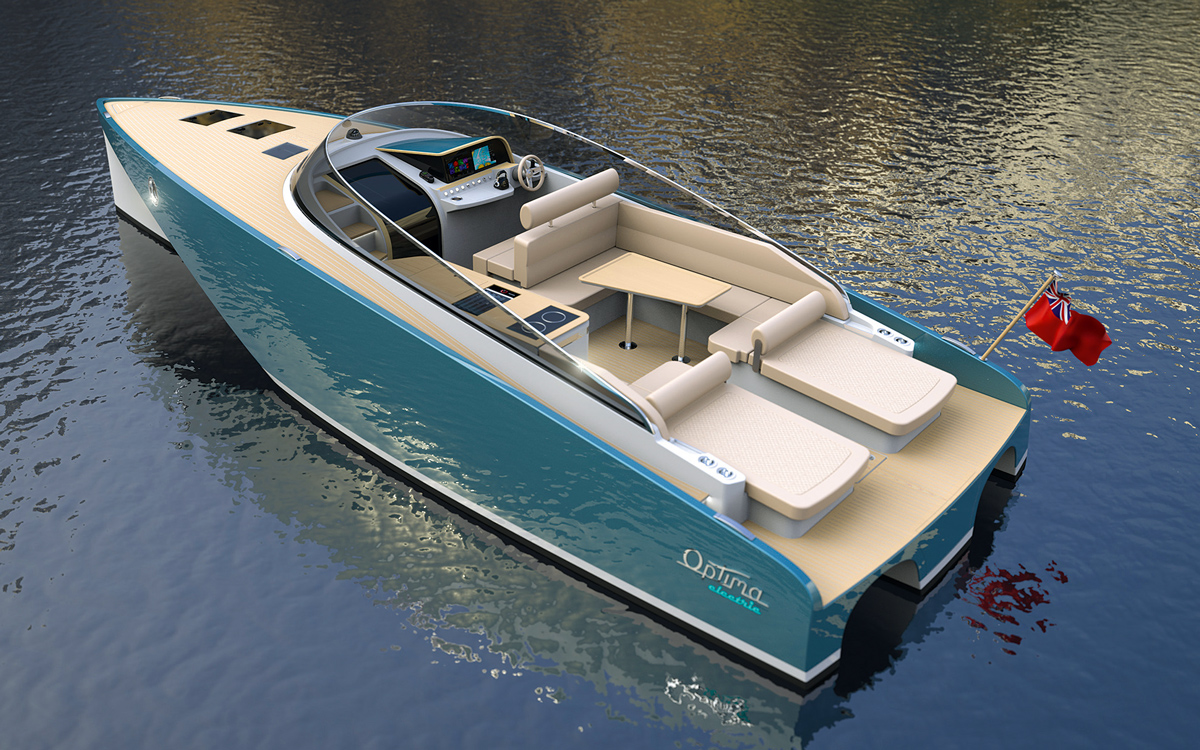 The design drawings of the smaller 9.8m model are still being finalised but the renderings of the 11m shown here are said to be very close to how the production version will look.

They reveal an attractive open cockpit design with a plumb-bow, low raked windscreen and small round portlights, which combine to give it a modern retro look. However, the cockpit and cabin feature more contemporary styling.

Kendall, who handled the concept design, says it’s the focus on energy efficiency that make the Optima Projects range so special. He was assisted by naval architect Manolo Ruiz de Elvira and yacht designer Ben Rogerson. CFD analysis was carried out by Cape Horn Engineering.