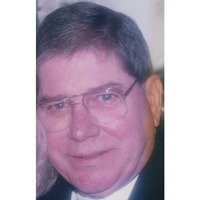 Bob was born March 14, 1938, in Kremlin to F.W. and Helen (Goodman) Zaloudek and died Wednesday, November 10, 2021, in Oklahoma City, surrounded by family. He attended Kremlin Schools and graduated with the class of 1956. He then attended OSU, majoring in aviation. He returned to Kremlin to ranch and work alongside his father at the Case dealership, which he later owned and operated. On May 5, 1959, he married Gini Sidwell, and they later divorced. On December 8, 1994, he married Marla Lukenbaugh, who preceded him in death in 2014. He was a long-time member of Saint Francis Xavier Catholic Church. He loved ranching, but aviation was his passion. He also enjoyed boating on Grand Lake. He was a member of the Grand National Quail Hunt and loved entertaining friends and family.

Bob was preceded in death by his parents, his wife Marla, and brother Bill.

Condolences may be made to the family online at www.enidwecare.com.