A boat that has been left half-sunken in Marsalforn bay has fouled the water with fuel and left the coastline stained with a black oil-like substance.

Witnesses told Times of Malta that the white and blue boat started to sink a few days ago but no action has been taken.

By Saturday morning, the boat appeared to be half-submerged and the surrounding waters were slick with fuel rising to the top.

“The boat hasn’t sunk yet. There are no people on board but there is fuel in the water everywhere,” one witness said.

On the shore, the limestone flagstones were also seen covered by a black, oil-like substance.

Later on Saturday, a tug boat arrived to assist and flotation buoys and a dinghy were also spotted at the scene.

In footage sent to Times of Malta, a group of people on a dinghy can be seen sailing in close to the vessel and appearing to inspect it. 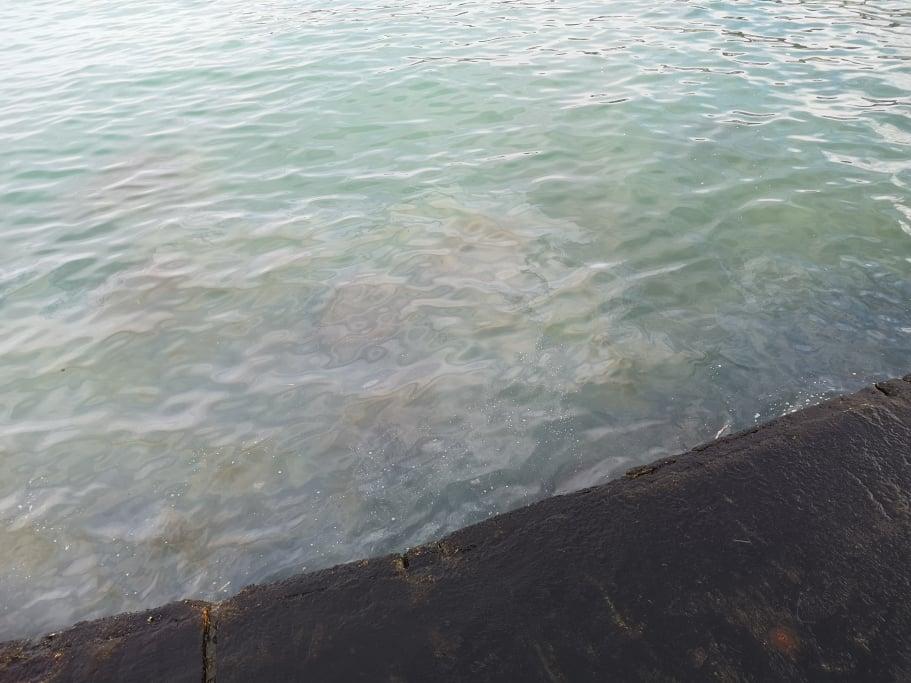 The flagstones of the seafront have been left fuel-stained

A spokesperson for Transport Malta said that the maritime division of the authority was aware of the incident and officials were currently on site to assess the situation.

The oil was later on Saturday believed to have dispersed as those swimming nearby were unable to spot any spills. The boat was soon after almost fully refloated.

On Thursday, heavy rainfall descended on the Maltese Islands, with Gozo being particularly heavy hit. Some 115.3 mm of rainfall was recorded in Għajnsielem and severe flooding and damage were reported in Marsalforn.

In July, the Marsalforn seafront was revamped through a €3 million government investment. Gozo Minister Clint Camilleri said that the Planning Authority was currently considering a proposal for a breakwater to be built in the area.

Independent journalism costs money. Support Times of Malta for the price of a coffee.